What's the difference between OneNote and OneNote 2016?

If you’re using a recent version of Microsoft Office together with Windows 10, you’ve probably noticed more than one version of OneNote on your computer or device. This article provides information about the difference between the two Windows versions of OneNote. 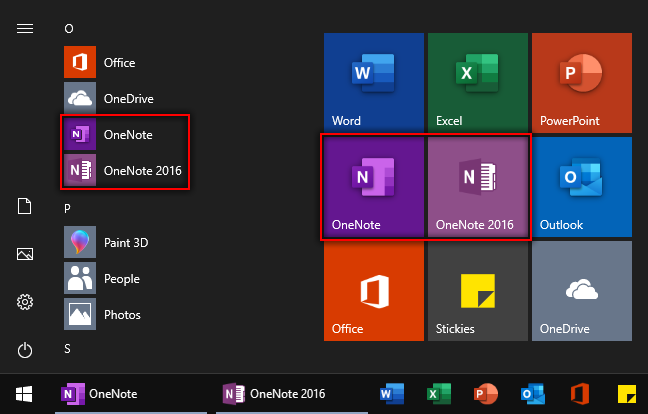 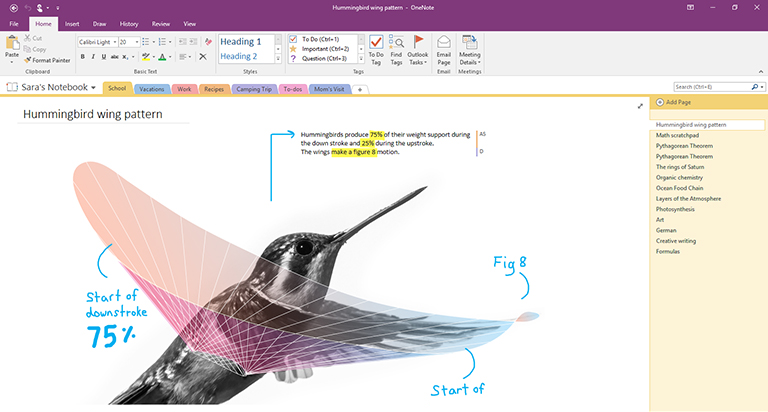 Starting in March 2020, when you install Office 365 or Office 2019, the OneNote desktop app will be installed alongside the Word, PowerPoint, and Excel desktop apps.

To use the OneNote 2016 desktop app, click the Start button, type onenote 2016 on your keyboard, and then click OneNote 2016 in the search results. 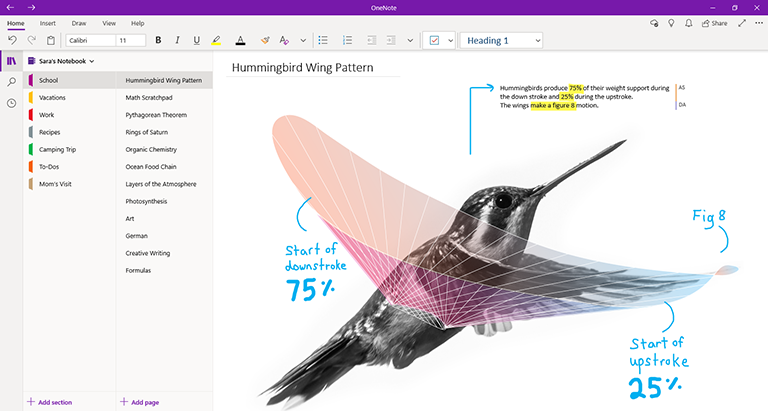 OneNote for Windows 10 (simply called “OneNote”) is designed to feel natural with any input method — from mouse and keyboard on a traditional PC, to pen and touch on mobile devices. It comes pre-installed with every version of Windows 10 and it can also be downloaded for free from the Microsoft Store.

To use OneNote for Windows 10, click the Start button, type onenote on your keyboard, and then click OneNote in the search results.

Pin your preferred version of OneNote

Whether you prefer to use one version of OneNote over another, or you want to use both versions side by side, you can easily pin either version’s app icon to the Windows Start menu and to the Windows taskbar.

In Windows 10, do the following:

Pin OneNote to the Windows taskbar

In Windows 10, do the following:

Tip: You can pin your preferred version of OneNote even faster if it’s already running. Start the version you want to pin, right-click its active tile on the Windows taskbar at the bottom of your screen, and then click Pin to taskbar.

Which version of OneNote should I use?

The choice is yours!

Can I use both the OneNote desktop app and OneNote for Windows 10 on the same device?

Yes, provided you’re using Windows 10, both Windows versions of OneNote can be installed on the same PC or device, and they can be used side by side.

Which versions of OneNote will receive the latest updates?

We are actively developing OneNote on PC, Mac, iOS, Android, and the web, and we regularly update all supported versions.

I previously removed OneNote. How do I get it back?