Note: This article has done its job, and will be retiring soon. To prevent "Page not found" woes, we're removing links we know about. If you've created links to this page, please remove them, and together we'll keep the web connected.

Office Web Apps extend your Microsoft Office experience to the web browser, where you can work with documents right there on the SharePoint site where the document is stored.

Note: Office for the web was formerly known as Office Web Apps. In SharePoint 2010 on-premises, it’s still known by its former name.

Office Web Apps work in some of the most widely used browsers, and are officially supported in Windows Internet Explorer 7 and later, Chrome, Safari 4 and later for the Mac, and Firefox 3.5 and later for Windows, Mac, and Linux.

In Microsoft Office 2010 programs (Word, Excel, PowerPoint, and OneNote), you can start using Office Web Apps by saving your document to your SharePoint library. 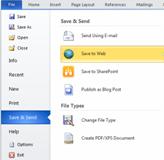 Now, your document is available to view and edit in the browser, or re-open in Office.

Note:  Documents don’t need to be created in Office 2010 to be opened in Office Web Apps. For best compatibility, use Office 2003 or later, or use Office for Mac 2008 version 12.2.9 or Office for Mac 2011. If you’re using Office 2003, install the most recent service pack and save documents on your computer in the Office Open XML file format (for example, .docx, .xlsx, or pptx files). Then upload the document to a SharePoint site where Office Web Apps are configured.

With Office Web Apps, your documents are like web pages because they are stored on a website and displayed in the browser. To view the document, you click it. To share it with other people, you send a link. 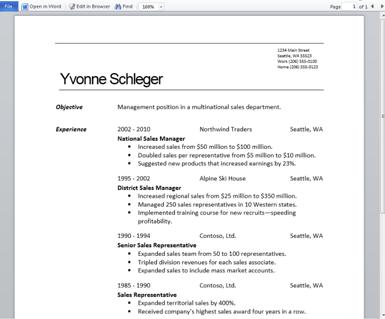 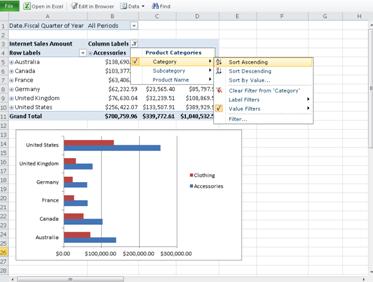 It doesn’t matter whether your version of Office matches what your friends or colleagues have. There’s no need to download a viewer. Your documents look the same in the browser as they do in the Office programs.

Edit on the fly

Beyond viewing documents, Office Web Apps enable you to edit a document’s content in the browser. 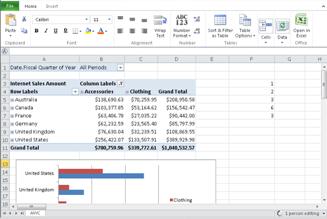 Browser-based editing is optimized for situations when you want to rewrite some text, enter some data, add a slide, or jot down notes. If you’re already viewing the document, you click Edit in Browser in Office Web Apps, make your changes, and you’re done. In most cases your updates are saved automatically (in Word Web App, click Save).

In Excel Web App and OneNote Web App you can work with others on the same document at the same time.

Putting a document together or collecting information is often a group activity. For example, use Excel Web App to collect information in a structured way, or be free-form with OneNote Web App. The file is stored in a central location where everyone who needs to can access it. There’s no waiting for one person to finish with the file before the next person can get in. There’s no e-mailing multiple copies that later need to be reconciled.

There’s no special command for real-time collaboration. You simply edit the file in Office Web Apps while you colleagues are doing so.

Sometimes you want to make substantive changes that require the feature-rich Office desktop applications. In these situations, you can seamlessly transition to the corresponding Office desktop application directly from Office Web Apps. If you have a document open in Office Web Apps, click the Open command to open the file directly from the browser into the Office program that is installed on your computer. When you are finished, click Save in the Office program, and the file is saved back on the server (in the OneNote desktop application your changes are saved to the server automatically).

Note:  Opening documents directly from the browser into an Office desktop application is supported in Firefox, Internet Explorer (Windows), and Safari (Mac) browsers. In Windows, you must also be using Office 2003 or later with Internet Explorer, or Office 2010 with Firefox to use this feature. OneNote Web App requires OneNote 2010 to use this feature. On the Mac, this feature requires Microsoft Office for Mac 2008 version 12.2.9 or Office for Mac 2011, and the OneNote desktop application is not available.